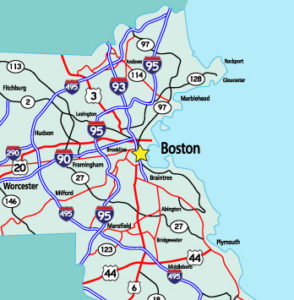 WNTN 1550am was founded in 1968 in Newton, Massachusetts. It has since featured many different formats over the last 49 years. Early on (1968 to 1975), before FM radio became popular, WNTN played an eclectic mix of free-form rock.

From 1975 to 1979, local news and information was highlighted along with middle-of-the-road popular music.

From 1979 to 1983, oldies music was primarily featured. To follow, in 1984 WNTN became “Your Daytime Nightclub”, participating in the dance and disco era.

From the late 1980’s to present, WNTN has been a “Variety” station, concentrating on coverage of local news and issues and broadcasting to a diverse, multi-cultural audience in greater Boston. Some of WNTN’s most popular ethnic programs in recent years include Greek, Haitian, Irish, Italian and Arabic.

In 2017, WNTN’s station rights were sold to longtime Greek-American radio host Teddy Demetriades. Demetriades moved the station’s studios and offices to Needham, Massachusetts and entered into an agreement to diplex off of WJIB’s antenna in Cambridge, remaining at 1550am on the dial.

WNTN has been rebranded as Global Echoes. With over 14 ethnic and individual markets, Global Echoes now has a stronger signal, reaching a worldwide audience through live streaming on the web and over 3 million listeners throughout Greater Boston and New England.